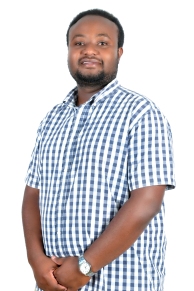 Back in May, the GEM Report asked youth around the world to submit their One Big Idea to achieve inclusion in education in the ten years left in the decade of action towards 2030 – the deadline for the Agenda for Sustainable Development. We received an avalanche of good ideas from around the globe, all important in their own right. A committee chose the big idea sent in by Goodluck Chanyika from Tanzania as the winning submission.

One of the things that our country (Tanzania) can do is to ensure that there are committees (this has to be formed with people with disabilities of all type) at least in every Ward so that they can act as evaluators and quality education monitors. One of the tasks is to ensure in every school there are facilities to ensure quality inclusive education. They can also act as information providers on the quality/capacity of teachers to deliver lessons and take care of students inclusively.

Listen to an interview Goodluck gave to Vivian Onano, the GEM Report’s youth advisor, about his idea.

Goodluck, aged 31, who holds a degree in education policy, planning and management, worked for Deaf Child Worldwide, a deaf education and development programme, in Kilimanjaro, where he had his first exposure of working with children with disabilities, contacting their parents and working with government officials. This gave him the opportunity to learn about inclusion in practice.

Goodluck later applied for and was admitted to the Americans with Disabilities Act (ADA) International Fellowship Program in the US at the University of South Dakota where he gained knowledge and skills on how to work with people with disabilities. After the fellowship, Goodluck returned to Tanzania and started an NGO, Jumuisha Tanzania Initiative (Jumuisha is a Swahili word meaning ‘to include’). This initiative focuses on continuous staff development on teaching children with disabilities. Keen to expand his initiative to the rest of the continent, he presented the importance of teacher training on inclusion at the 2018 Disability Rights Conference on Inclusive Education in South Africa as well as the African Union Innovating Education in Africa expo 2019.

Goodluck says the most challenging aspect children with disabilities face, in particular deaf children, is the communication with their teachers as most teachers are not trained to use sign language.

Find out more about Tanzania’s inclusive education laws and policies on the recently launched PEER website, which provides systematic and comprehensive descriptions of countries’ education legislation and policies related to the themes of the GEM Report. Read more about the youth-focused activities run surrounding the 2020 GEM Report in the 2020 Youth Report.