By Jen Steele, an education in emergencies specialist, and author of a background paper on IDPs and education in Syria for the Arab States 2019 GEM Report

Internally displaced children (IDP) not only need better funding for education programmes, but also better integrated education programmes that address the unique factors that limit their access to quality education. In Syria (and likely in other conflict-affected contexts), factors outside of education and its administration (such as the opportunity costs of education) are as important as factors internal to it (such as teaching and learning materials). Paying more attention to the more nuanced needs of IDP children (such as their wellbeing) and their families (such as household income constraints) could help the education in emergencies community better prevent future lost generations.

Before her tragic murder by the Taliban in Afghanistan in 2008, Jackie Kirk was a vocal advocate for more thoughtful investment in education for internally displaced persons (IDPs). The Arab States 2019 GEM Report quotes her saying that “… in many ways the situation for IDP children may be more complex than that for refugee children, and access to education even more difficult.” 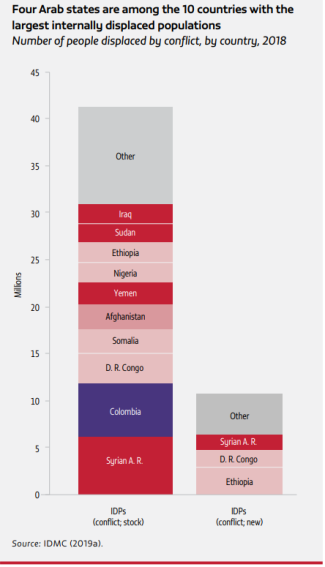 Although often less spoken about, IDPs outnumber refugees, at 41 million at the end of 2018 compared to 26 million refugees. Providing them with an education is also more challenging, mainly due to complex notions of state sovereignty, neutrality, and impartiality in humanitarian response.

But the tide has turned on Syria’s conflict, if we are to believe recent analysis by senior commentators, including Economist, Howard Shatz, in his recent blog, “The Syrian Civil War Is Coming to an End.” From analysing battlegrounds, discussions now centre more around the costs and political economy of reconstruction. Nevertheless, approximately 6.1 million, or 29%, of Syria’s population remain internally displaced. Fifty-two percent are children.  As of June 2018, more IDPs live in areas controlled by the government of Syria (GoS) than in areas of opposition control. As such, donor coordination with the GoS on education sector programming is increasingly critical (and increasingly complex).

Syrian IDPs and children in need – What do we know?

Who is providing education for Syrian IDPs?

The primary education service providers for Syrian IDPs are the GoS, the Syrian Interim Government (SIG) in the northwest, the Self Administration-affiliated authorities in the northeast, Islamist non-state armed groups, the Turkish government, UNHCR, UNICEF, UNRWA, and (I)NGOs.

My own observations from working there found that cross provider coordination is limited and/or non-existent due to divergent political agendas and security constraints. Aside from donor-sponsored programmes, there are no known initiatives targeted specifically at IDPs amongst other service providers. As a result, IDPs (many of whom are multiply displaced) have limited opportunities for safe and efficient transitions amongst service providers and thus fragmented or dead-end education pathways. 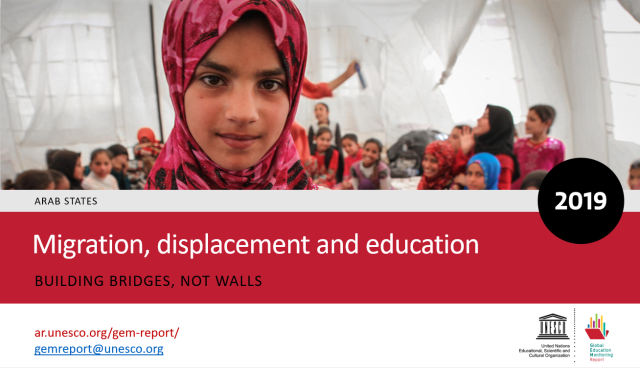 The type of supply-side challenges that one would expect in a protracted-conflict environment are still in place in Syria. These include but are not limited to:

The communities working in education in emergencies know these challenges well and are relatively well positioned to respond to (most of) them. Even if data on the education needs remain a challenges in many settings

The demand-side challenges that make internally displaced children of school age all the more vulnerable in these contexts are nuanced and difficult to address. More focused attention is needed to effectively meet their needs.

Addressing issues such as limited household resources for investing in education, and the learning implications of children with psychosocial needs, requires cross-sectoral collaboration—namely with livelihoods and child protection sectors. It also requires long-term education sector investment to build the technical resources needed to provide “soft” interventions.

In an era of increasingly protracted crises, where school-age IDP children outnumber their refugee counterparts, it is incumbent upon the community working on education in emergencies (and donors in particular) to prioritize resources to help tailor traditional response packages for more demand-side, IDP-focused support.

[1] As of March 2019, education authorities in each of the five major ZoC oversaw their own education service delivery.

1 Response to Internally displaced people and education in Syria