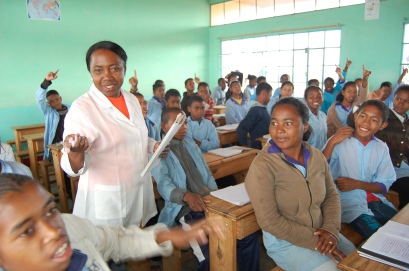 Comprehensive sexuality education is an essential part of a good quality education that improves sexual and reproductive health, argues Facing the Facts, our newest policy paper out today jointly with UNESCO. Released at the Women Deliver Conference during an event with Rt Hon. Helen Clark, the First Lady of Namibia and Vivian Onano, the paper explores the resistance to sexuality education in many countries and the obstacles to its implementation, seeking ways to overcome them.

Globally, each year, 15 million girls marry before the age of 18. Some 16 million girls age 15 to 19 and 1 million girls under 15 give birth. This not only spells the end of their education, but is often fatal; pregnancy and childbirth are the leading cause of death among young women.

Young people also account for a third of new HIV infections among adults and across 37 low- and middle-income countries, yet only approximately one third of 15 to 24 year olds have comprehensive knowledge of HIV prevention and transmission.

In the face of these facts, our new paper calls for children and young people to receive comprehensive sexuality education before they become sexually active. This helps them protect themselves from unwanted pregnancy, HIV and other sexually transmitted infections, and promotes values of tolerance, mutual respect and non-violence in relationships.

Even children at the age of five need to understand basic facts about their body, think about family and social relationships and recognize inappropriate behaviour and identify abuse. Otherwise, many will grow up with inaccurate beliefs, like roughly half the girls in the Islamic Republic of Iran, who believe menstruation to be a disease and 51% of girls in Afghanistan, 82% in Malawi, who know nothing about menstruation before experiencing it themselves.

Nevertheless, vocal resistance to comprehensive sexuality education by some groups in a number of countries has been rising. In Uganda, a public backlash led the Ministry of Education to withdraw the national sexuality education curriculum, for example, which was subsequently revised. 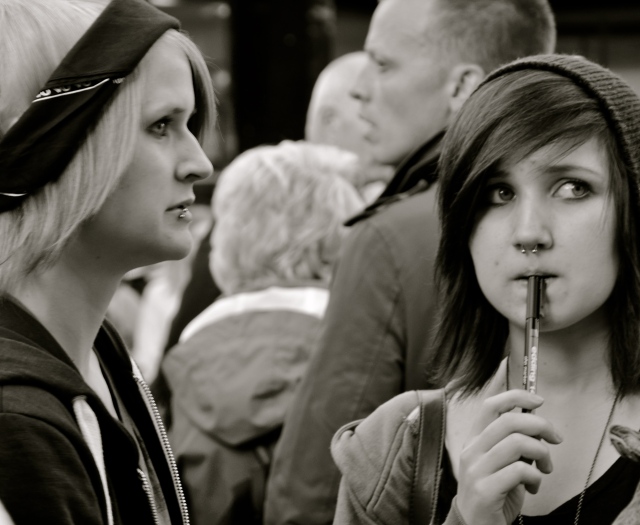 In England, the 2018 decision to make relationship and sex education mandatory met with opposition for some of the issues in the curriculum? and an online petition against it gathered over 100,000 signatures. In the United States, strong opposition has impacted policy: between 2006–2010 and 2011–2013 the percentage of adolescents who received formal instruction about birth control fell from 70% to 60% among girls and from 61% to 55% among boys. Only about half of all school districts require any sexuality education at all and, of those that do, most mandate or stress abstinence-only instruction. In fact, 18 states require teachers to tell students that sex is acceptable only within the context of marriage.

But, as the paper shows, abstinence-only programmes are ineffective and potentially harmful as the gap between the age of initial sexual activity and marriage is growing. A review of abstinence-only programmes in the United States, for instance, showed that such teaching included medically inaccurate information, promoted negative gender stereotypes, and stigmatized sexually active young people and those who are lesbian, gay, bisexual, transgender and intersex.

Detractors’ argument that comprehensive sexuality education promotes sexual activity among adolescents is also unfounded as evidence demonstrates that education delays the age of sexual initiation, which abstinence-only programmes do not.

Aside from the social challenges to introducing comprehensive sexuality education, there are some operational challenges too. Introducing comprehensive sexuality education in the curriculum is insufficient without adequate teacher training, to take one obvious example. Teachers may not have the confidence to teach the subject, and may end up simply omitting the relevant content from the lesson plans. There are ways to tackle this. Namibia and Chile have tackled it by creating scripted lesson plans for teachers, for instance, while Tanzania and some countries in Latin America have created online resources that teachers can turn to when in doubt.

In addition, comprehensive sexuality education suffers from often not being taught as a standalone lesson, but rather as part of multiple other subjects. This means it can be diminished in importance as a result, and it also opens more opportunities for the subject matter to be side-lined by teachers not willing to teach it.

The importance of the issue in our global education goal is recognized in a standardised indicator on comprehensive quality education, which is included in the SDG 4 monitoring framework under target 4.7. However, monitoring implementation is fraught with challenges, partly because of the piece-meal way that the subject is often presented in curricula, and because of the diversity in the way it is delivered. Collecting relevant data to fit the indicator remains a challenge: school heads may not understand how to collect data on the issue, and summarising information in a way that it can be compared across countries still requires some thinking.

The paper urges countries to:

3 Responses to #FaceTheFacts: It’s time to bust the myths on comprehensive sexuality education