India has some of the largest internal migration movements in the world – how has its education adapted?

People move around India all the time. Around 9 million moving to live in another state every year while the rates of those migrating within their state also doubled over just ten years. A lot has been done to adapt the education system in India to these movements, our latest 2019 GEM Report shows, but the challenges faced by the children of seasonal workers and those in slums need attention.

At a national level, the Right to Education Act in 2009 made it mandatory for local authorities to admit migrant children. National-level guidelines exist that allow for flexible admission of children that provide transport and volunteers to support with mobile education and create seasonal hostels. These guidelines are also designed to improve coordination between sending and receiving districts and states.

Central directives in a country like India cannot cover all cases; therefore, many states also do their part, finding innovative solutions to work around population movements. Gujarat introduced seasonal boarding schools that gave migrant children an education and started an online child tracking system, for instance. In Maharashtra, village authorities worked with local volunteers to provide after-school psychosocial support to children who had been left behind by seasonal migrating parents. Tamil Nadu provides textbooks in other languages to migrant children. Odisha took over responsibility of seasonal hostels that were being run by NGOs.

Some of the children most in need of new solutions in India are the children of seasonal workers, who move following work opportunities. In 2013, 10 million children lived in rural households with a family member who was a seasonal worker. This movement is particularly common within the construction industry: a survey of 3000 brick kiln workers in Punjab found that 60% of kiln workers were inter-state migrants.

For these children, current policies aren’t enough, and our Report calls for change. Eight out of ten migrant children in worksites in a survey of seven Indian cities did not have access to education. Among young people who have grown up in a rural household with a seasonal migrant, 28% identified as illiterate or had an incomplete primary education. The Report shows that up to 40% of children from seasonal migrant households are likely to end up in work, rather than school, facing exploitation and abuse.

One reason for this is that the interventions designed by states are aimed at helping children who are in their home communities, but they are not actively addressing the challenges faced by those who are already on the move.

Furthermore, while the will is there, the policies are still facing challenges in implementation. Despite efforts, a pilot programme used on brick kiln sites in Rajasthan to track the progress of out of school children did not improve learning in any substantial way. Teachers on the sites reported culture, language, lifestyle, cleanliness and clothing as major barriers between them and the kiln labour community. Teacher and student absenteeism were rampant due to the poor teaching and learning conditions and the need for students to work at the kilns.

The growth of slums is one of the most visible results of migration and is hard to ignore in a country like India.  And yet, somehow education policy makers do seem able to turn a blind eye to it, potentially due to fear of the scale of the issue. Our estimates are that there will be an additional 80 million children living in slums around the world by 2030.

Data on education in India’s slums is worryingly lacking. While it should be a priority, with needs mapped and numbers counted, we know barely anything about education in these areas. What we see, confirms our suspicions. Children’s ability to stay in school can be flattened by eviction and resettlement: 18% of the students displaced by a riverfront project in Ahmedabad dropped out and an additional 11% reduced their attendance. As public provision has been weak, private schools have been thriving.

It was positive to see the 2016 India Habitat III national report commit the government to universal provision of basic services including education. Yet, research from the same year showed that urban planners were not being trained to understand the particular needs of slum dwellers, especially from an education perspective. There is only 1 urban planner for every 100,000 people in India, while there are 38 for every 100,000 in the United Kingdom. 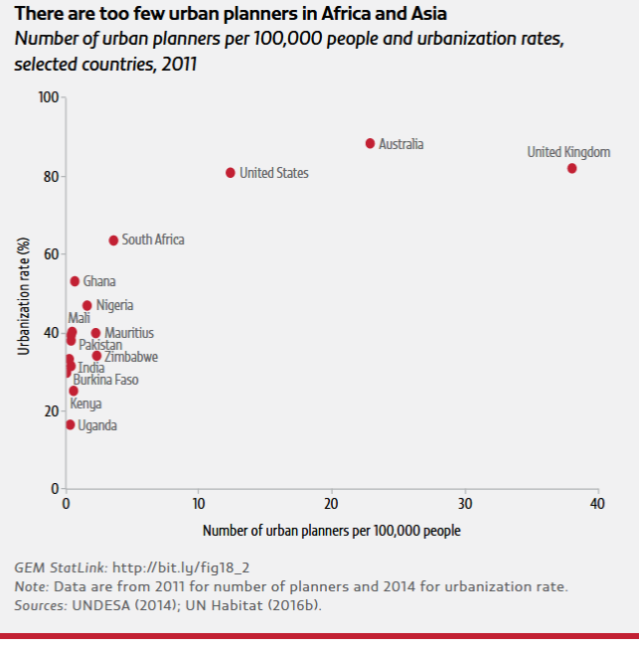 The task that education ministers have to cope with shifting goalposts is not enviable. But the work done researching for the 2019 GEM Report over this past year looking at countries facing similar challenges can help. It is time for states to address the education needs of children and youth who have already migrated and not just those at home. The government of India must face up to the permanence and growth of informal settlements and come up with a plan to provide them with a public education of good quality.

4 Responses to India has some of the largest internal migration movements in the world – how has its education adapted?