New research just released by AidData funded by the Bill and Melinda Gates Foundation; Germany’s Federal Ministry for Economic Cooperation and Development; and the William and Flora Hewlett Foundation contains the findings of a survey among 3,500 leaders working in 126 low and lower middle income countries around the world on their greatest development challenges in their country.

Regardless of region, they agreed their top three priorities were education, peace and justice, and decent work and economic growth. Overall, the education goal in the SDG agenda, SDG 4, was the most oft-cited as being in the leaders’ top priorities.

As the below graph shows, the Listening to Leaders 2018 Report shows that education was most leaders’ highest priority in every region apart from Europe / Central Asia and South Asia, where it still came third and second, respectively. 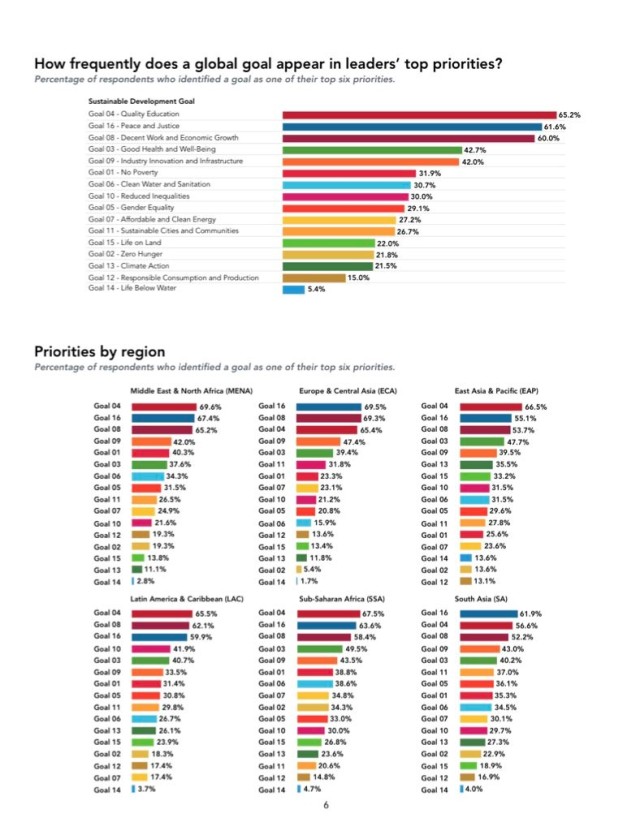 The research was plotted against the priorities highlighted in 2015 by 10 million people around the world who took part in the UN My World 2015 survey, and found strong synergies. Education, no matter who you ask, it appears, is at the top of the list. 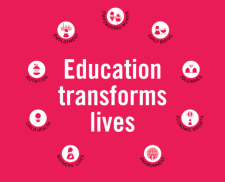 Conclusion? It’s obvious. Education is at the heart of the sustainable development agenda. The extent to which it is funded and prioritized in donors’ and governments’ budgets, should reflect this. What could be more important than ensuring each and every one of us has access to a quality education?