When will they ever learn? 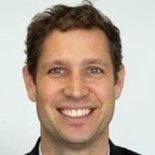 By Ben Hewitt, Director of Campaigns and Communications at Theirworld

Denying a child an education does not happen by accident. It is the end result of policy and funding choices made by individuals in positions of power.

It is up to national governments, and sometimes regional or local administrative authorities, to determine what percentage of expenditures should be directed toward education. It is up to donor governments to allocate aid for the poorest and most marginalised boys and girls. It is the choices of leaders to unlock the funds necessary to ensure our Sustainable Development Goal of a universal and quality education for all is met. And now it is up to us to act.

The wrong choices have been made too easily in the past. These decisions have resulted in a quarter of a billion children and young people being out-of-school today. And our decisions have only exacerbated an education crisis borne out of the Syrian Civil War – a mass of more than one million Syrian refugee children locked out of an education. 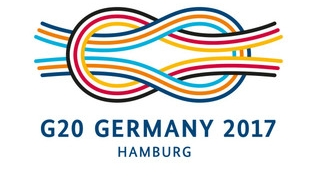 Make no mistake – when the leaders of the world’s most powerful countries meet in Hamburg in July for the G20, the choices they make will have consequences. This year, there is no way around the education financing question. Indeed, 2017 is different. Leaders gathering in Germany have been asked to support an education financing breakthrough – a big plan capable of tackling an even bigger education crisis. These leaders can be the foundational visionaries that lend their support to an International Financing Facility that could unlock and mobilise an additional $13 billion annually for education by 2020.

Already, the Facility has been the beneficiary of tremendous support from more than 30 major charities and campaigning organisations including Theirworld, ONE, Global Citizen, Save the Children, Avaaz, Islamic Relief, VSO and World Vision. And I’m proud to stand with them.

But the job of the campaigner, the expert, the passionate youth ambassador, the NGO, the faith group, parents and grandparents is to make sure world leaders know they need to make the right choice. And getting leaders to make the right choice has been the focus of a large network of campaigners over the past 6 months. The world’s biggest NGOs and education experts have come together as we have witnessed petitions signed, letters sent and young people mobilised. We are making ourselves heard. 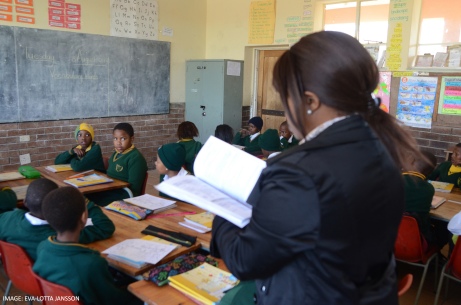 At the same time, members of the International Commission on Financing Global Education Commission have been consulting with, and gathering support for, the International Finance Facility for Education. Former President of Tanzania Jakaya Kikwete has led delegation trips to fourteen countries, and as he recounted in a recent article in Project Syndicate “all of the leaders I met declared that such a breakthrough [fund] was both critical and long overdue.” And at the World Economic Forum on Africa last week, he spoke of an “alarming education crisis” in Africa noting “We are a continent of primary school leavers”. Kikwete reminded Forum delegates that all 54 African countries are classed as low- or middle-income with many countries far behind Sustainable Development Goal targets to get every child and adolescent in school by 2030. But the Finance Facility can reverse these troubling trends.

And other influential experts, business leaders and decision-makers are lining up to support the call. Strive Masiyiwa, the executive chairman and founder of mobile giant Econet wrote an article in Quartz last week explaining “the Facility helps countries escape the ‘debt trap’ of using high-interest loans to realise their education goals. This is particularly important for countries like Ghana, Tanzania, and Cote d’Ivoire.”

Amina Mohammed, Deputy United Nations Secretary General recently said: “The International Finance Facility for Education aims to try to fill that financing gap by bringing together the public and private donors, international financial institutions, philanthropy. All of this I think is an approach that is innovative and that has huge opportunities to scale at the country level.”

And World Bank CEO Kristalina Georgieva has joined in as well indicating World Bank members would be supportive of the Finance Facility and that, once it is operation, it could ensure all children are “in school, graduating and actually continuing with lifelong learning so they succeed and the world succeeds as well.”

There is a growing hope in the education and campaigning sectors that world leaders will join their peers that have already spoken out in favour of the International Finance Facility for Education. But words don’t carry us far enough down the path of progress. Action must be witnessed, both nationally and at the global level. So ours is a growing hope that donors will increase the percentage of their aid to education to 15%, that governments will commit the much needed 6% of GDP to education and that together the International Finance Facility for Education, the Global Partnership for Education, and the Education Cannot Wait fund will receive the financial support they require. This is the hope that drives us and guides us to breakthrough ideas such as the Finance Facility.

To quote President Kikwete, “Now comes the hard part: turning rhetoric into reality and commitment into progress.” Let’s get to work and make sure the right choices get made this time.

This entry was posted in Finance, Group of 20, Uncategorized and tagged aid, education, finance, G20. Bookmark the permalink.

1 Response to When will they ever learn?