The Arguments and Evidence behind Public-Private Partnerships in Education

Over the last few months, Liberia has become the site of and source for significant debate over its decision to initiate a large scale public-private partnership (PPP) in education. The new initiative would see management of all the country’s pre-primary and primary schools shifted to private operators. This blog looks at the critiques being made of this move, and suggests essential design features to help ensure success of education PPPs.

Education PPPs are not a particularly new phenomenon. Different combinations of school finance, management, and ownership are prevalent across the world, and have historically been important components of national education systems in low-, middle- and upper-income countries. 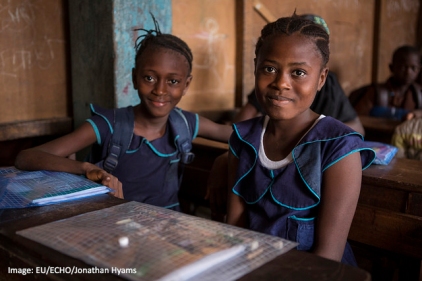 A World Bank review of education policies governing private education in 20 African countries found that 14 (70 %) have an officially-established legal framework for the operation and administration of some type of education PPP. The large majority of these (11) consist of government funding, subsidies, or other financial support to non-state schools. Additionally, private management of public schools is found in Burkina Faso, Cote d’Ivoire, and Guinea, and a school voucher program is in operation in Mali.

Why are governments interested in education PPPs, and what does the evidence say about their effectiveness?

Countries’ interest in establishing PPPs in education is typically driven by one or more of the following aims:

Although the scientifically rigorous evidence on the advantages of education PPPs in developing countries has started to build, the strength of this evidence is not yet enough to make definitive conclusions on a wide scale. In a handful of contexts and countries, high-quality studies have found moderately higher levels of learning taking place in PPP programs (see studies from Colombia; India; and Uganda); however, results are not robust across all studies (Chile), and are dependent upon a few critical design features (discussed below).

If the evidence is still ambiguous regarding the quality advantages of private education, it is decidedly clear-cut regarding the relative cost-effectiveness of private vs public schooling, with private delivery having been found to be consistently cheaper across many different country contexts.

Should we be concerned about the rise of education PPPs?

Critical arguments against private schooling are often embedded in critiques of the neoclassical economic framework, with concerns that market-driven education policy compromises social justice and equity for the sake of operational efficiency. These concerns are not unfounded. There is a robust body of empirical research identifying increased social inequities as a common negative spillover of private school interventions in developing countries. Increases in private education provision have been found to reduce participation of the most at-risk social groups. However, experience from successful PPPs has shown that these risks can be effectively managed, and actually can be made to favor the most at-risk students – perhaps even more effectively than universal public education.

When should governments consider an education PPP as a good option?

The success of PPPs is highly dependent upon their design, how well they respond to specific needs, and, in particular, how accountable they are.

However, there are two critical design features that are essential to their success:

Firstly, they must be targeted to the students most likely to be excluded from education. When provided equal opportunities to any type of educational service, those with greater levels of financial and social capital will be the first to maximize its benefits. Such is the case in free public education systems, wherein the wealthiest gain substantially more from the available services (see Figure 1).

Figure 1. Grade 6 completion of 15-19 year-olds in the richest and poorest quintiles 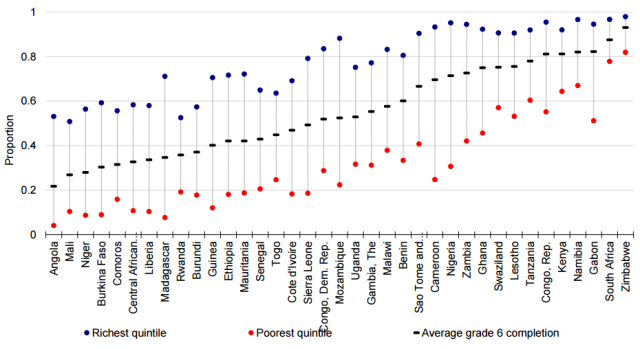 Such is also the case when all students are provided equal opportunity for accessing private schooling. Thus, to overcome these disparities, progressive funding must be provided for less privileged social groups. For example, in Chile, where universal school vouchers have notoriously perpetuated social stratification, targeted vouchers, which provided more money to schools to enroll poorer students, had significant impacts on the participation rates of these at-risk groups of students.

Secondly, there must be increased accountability for private school results. The most effective way to improve learning outcomes within education PPPs is to hold them directly accountable for the desired outcomes, such as specific student learning benchmarks.

The Concession schools in Colombia, for example, only receive funding if their pupils perform well on standardized tests. In Haiti, the government requires schools to stay below certain maximum student-teacher ratios to avoid overcrowding. A public-private partnership program in Sindh province, Pakistan, has been shown to significantly raise student learning by requiring schools to perform over minimum student achievement thresholds. 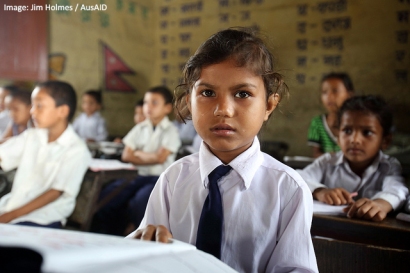 In conclusion, there is little supportive evidence to suggest that turning an entire public education system over to private providers will result in substantial learning gains across the entire education system. In many of the countries considering large-scale PPPs, absolute levels of learning within schools are worryingly low; so, even with small relative performance advantages in the private sector, there will be concern about the quality of all education services. The smartest education PPPs will be those that require participating schools to meet specific student performance outcomes, and use targeted funding mechanisms to increase participation of the most at-risk demographic groups.