Writing the Dakar Framework: “the hardest 20 paragraphs of my life”

Posted on 2 September 2014 by GEM Report

This is the third in a series of blogs taking a retrospective view of the Education for All agenda and its subsequent implementation. In this blog, Maris O’Rourke looks at leadership issues at Dakar and the difficulties of putting pen to paper.

I’ve been involved with EFA since Jomtien in 1990 when I was Secretary for Education in New Zealand. But it wasn’t until I got to the World Bank in 1995 that it became up close and personal. When I went to the Mid-Decade Meeting of the International Consultative Forum on Education for All in Amman, Jordan in 1996, the disappointment of everyone at the lack of reliable data and the lack of progress since Jomtien was palpable. There was a strong feeling that UNESCO wasn’t leading adequately. However, this frustration also energised everyone to try and find solutions: the Global Campaign for Education emerged from that meeting, for example, as did the well-oiled EFA Forum, which met twice a year at UNESCO with Svein Osstveit as Executive Director. Both were very effective. 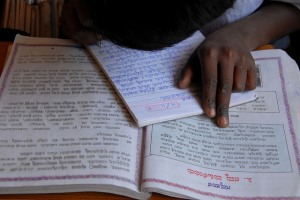 At the World Bank we had a lot of data and research on the conditions required within a country for development success. We also had a good deal of information from HIPC (the Highly Indebted Poor Countries Initiative) on how to relieve the debt burden within countries. Thanks to this data collection, by the time the Dakar Conference came around in 2000, organisations and countries were clearer on how much progress had and had not been achieved.  We also had the results of the EFA assessment. And, there had been about 30 in-depth studies and 12 thematic studies done. More importantly, the six regional meetings had identified what the future priorities should be and, although there were regional differences, there was also remarkable consensus. We also had the regional frameworks for action. So we had something to build on when we met in Dakar; we had the status quo for the present and just needed to work out a plan for the future.

The Dakar Framework for Action was probably the most difficult, but satisfying, 20 paragraphs of my life. Marlaine Lockheed and I were the World Bank representatives sitting on the group responsible for drafting this Framework called the Futures Taskforce. This was a committed and varied group who became a strong team over the course of the Dakar preparations. We never saw daylight and slept very little. 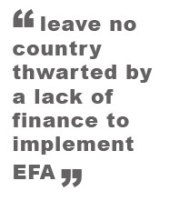 The whole group felt we should be clear and concise and spell out exactly what was required. From the research and thematic studies and, more critically, through to the six regional meetings, there was agreement on what we were trying to achieve. The key then was to “leave no country thwarted by a lack of finance to implement EFA”, as it ended up being worded in the Framework. Finding the correct wording for that took a lot of work.  It took a lot of listening, understanding, negotiation and collaboration. We edited and edited to find the form of words we could agree on, commit to and work from in the future.

Finding consensus was hard given the full range of views were being aired in the group. It ranged from hardliners who knew what interventions actually worked and which countries had the conditions for success and therefore should be supported to those who thought that you must support every country, especially those in terrible circumstances. This latter group strongly felt that it was wrong to exclude any country because they were not meeting the requirements. NGOs with the Global Campaign for Education made an outstanding contribution, especially Oxfam and Action Aid. The country representatives kept the conversations realistic. 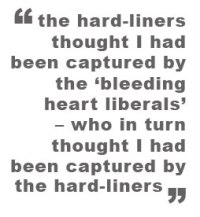 For my own part, I was in the middle – the hard-liners thought I had been captured by the ‘bleeding heart liberals’ – who in turn thought I had been captured by the hard-liners. I was absolutely determined that we would get an agreement one way or another, no matter what we or they had to do to compromise. We all felt we had to get an agreement somehow.

Another big issue around the time of the Dakar Conference in 2000 was the role of UNESCO. There were those opposed to them having the future leadership of EFA. This meant that getting agreement to them continuing with their mandate was difficult, but we achieved it.

Critically, during this time of questioning over leadership, Jim Wolfensohn, President of the World  Bank, who has a deep commitment to education, attended Dakar and made a very well researched and balanced speech, reflecting many of the different views being aired at the time. In his speech he launched The Fast Track Initiative of the World Bank (now called Global Partnership for Education) using much of the wording that had been decided in the Futures Taskforce. This has proved successful for a number of countries since Dakar.

From where I stand, there are two key recommendations that those working on the new global education agenda Post-2015 should keep in mind. Firstly, the regional meetings were a strong foundation and critical to the success at Dakar. Secondly, it is without doubt that good leadership is a must – both within countries and organisations. In the World Bank at the start of the Millennium we were fortunate to have Jim Wolfensohn who made education, especially for girls and women, a priority. I don’t think he ever made a speech without mentioning that – whatever the topic.  Having a charismatic leader and someone who speaks out strongly and often on behalf of EFA is essential; someone everyone respects and will listen to, someone who champions the successes and more importantly, points out what and where things can be improved in countries. Because, in the end, EFA is about implementation in countries with the international community’s proper support – technical and financial.

11 Responses to Writing the Dakar Framework: “the hardest 20 paragraphs of my life”